Logistics is the science (and sometimes art) of keeping an army supplied with everything it needed while fighting in an inhospitable land, far from home. Some of these problems – obtaining food and, particularly, water, for example – were a major pre-occupation for the EEF. Logistics were a constant, daily struggle involving thousands of men doing unglamorous jobs in depots, workshops and warehouses, for which just one mistake could have serious repercussions.
To find out more about how the EEF kept themselves supplied in the Sinai Desert, click here
By the end of October 1918, the EEF occupied about 120,000km2 /46,000 square miles of enemy territory. Across that area a constant stream of food had to be kept up for some 341,000 British and Indian troops (some of the latter of which had specific religious or cultural dietary requirements), 133,000 Egyptians, 160,000 animals and around 90,000 Ottoman prisoners. Water for this force would be around 1.6 million gallons/7.3 million litres every single day. Of the other supplies needing to be distributed to keep those units functioning, ammunition alone amounted to 250 tons every single day. In the average week, the army would also have to distribute to the correct recipients over 7,000 bags of mail, a task they took very seriously due to the huge importance that receiving news from home had on the morale of the troops. In return, they had to collect over 550,000 letters to be sent home, and about 180,000 for elsewhere in EEF or the occupied territories per week.

These men were spread over vast areas of mountain and plain across Syria, Palestine and the Trans-Jordan, with almost no railways and very few roads worth the name. The ground was so rough that the 5,000 or so trucks used by the EEF wore out their tyres after an average of only 700 miles (the average in France was 10,000 miles). Repairing and maintaining those vehicles, plus the thousands of wagons, limbers and other wheeled transport, was a gargantuan task by itself.

Much of the transport and logistics relied on Egyptian labourers. The Egyptian Labour Corps (ELC) were initially volunteers, but by 1918 were conscripted due to the importance of their work, and reached a strength of just over 100,000 by the end of the war. They worked on building roads and railways, laying water pipelines and digging wells, carrying loads and digging trenches. Not all were just labourers, and craftsmen in the ELC manufactured or repaired all manner of equipment and components. A sub-unit, the Camel Transport Corps, handled the nearly 26,000 camels on which the army relied for most of the forward supply work, carrying all manner of supplies from railheads and dumps up to the front-line units. Often looked down upon, abused or the subjects of casual racism, without these men the EEF simply could not have operated.

The same goes for the tens of thousands of support troops who were often abused or denigrated for apparently shirking the fighting or somehow not doing their bit, or were blamed whenever the supply system did not work as it should. In fact, those men should be credited with doing a magnificent job, without which the EEF simply would not have been able to operate. 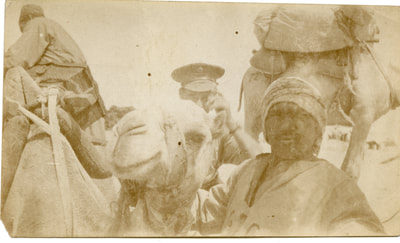 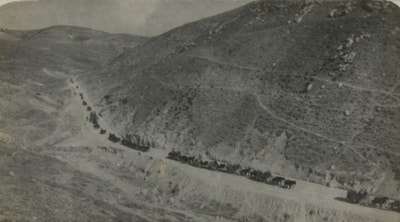 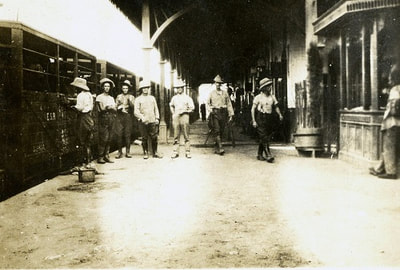