Books relating to the EEF.
These are the books I have written about the EEF or the First World War in the Levant.
For a list of other books on this area, see : 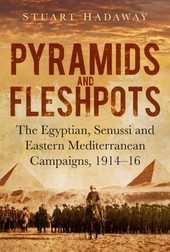 Pyramids and Fleshpots: The Egyptian, Senussi and Eastern Mediterranean Campaigns 1914-16

Pyramids and Fleshpots tells the true story of the experiences and achievements of British military personnel serving in Egypt in the First World War fighting a determined enemy to protect the Suez Canal – the lifeline of the Empire. The popular impression that the campaigns were merely a sideshow, with troops enjoying a holiday among the pyramids and the ‘fleshpots’ of Cairo, is far removed from the truth. Troops faced appalling heat, abrasive sand, poor rations and water shortages. In the desolation of the Western Desert they fought the Senussi, an Islamic sect supported by the Ottomans, in a reversal of Lawrence’s later work with the Arabs, while in the Sinai Desert they countered German-backed moves to dominate this strategically important area. Meanwhile, the Royal Navy fought to keep the supply lines to Gallipoli open, and keep men and materiel flowing to France from India, Australia and New Zealand.

These arduous and hard-fought land, sea and air campaigns in Egypt, Libya and the Eastern Mediterranean are comprehensively covered by Stuart Hadaway in this examination of an often overlooked theatre of war so vital to Britain’s empire. 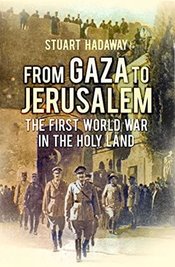 From Gaza to Jerusalem: The southern Palestine campaigns of 1917

The Palestine campaign of 1917 saw Britain’s armed forces rise from defeat to achieve stunning victory. After two failed attempts in the spring, at the end of the year they broke through the Ottoman line with an innovative mixture of old and new technology and tactics, and managed to advance over 50 miles in only two months, all the way from Gaza to Jerusalem.  As well as discussions of military strategy, this gripping narrative of the 1917 campaign gives a broad account of the men on both sides who lived and fought in the harsh desert conditions of Palestine, facing not only brave and determined enemies, but also the environment itself: heat, disease and an ever-present thirst.

Involving Ottoman, ANZAC, British and Arab forces, the campaign saw great empires manoeuvring for the coveted Holy Land. It was Britain’s victory in 1917, however, that redrew the maps of the Middle East and shaped the political climate for the century to come.

The repercussions of the 1917 Palestine campaign continue to be felt today. Stuart Hadaway, in this highly readable book, re-examines this crucial point in time when the fate of the Holy Land was changed beyond recognition. 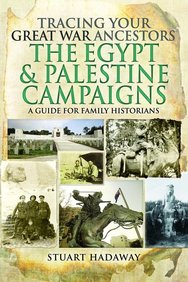 Tracing Your Great War Ancestors: The Egypt and Palestine Campaigns

This is the first book explicitly aimed at helping the descendants of those who fought in this part of the Middle East find out more about their ancestors actions, experiences and achievements.

Their wartime lives were very different to those who served on the Western Front, and yet have never before been explored from this angle. Hundreds of thousands of British and Imperial troops fought in the Western Desert, Sinai Desert, Palestine, the Jordan Valley and Syria. They served in conditions quite unlike those more familiarly faced in France and Flanders, with everyday challenges to survival including the heat, lack of water, hostile wildlife and rampant disease. The fighting too was of a different character, with more open, sweeping campaigns across desert and mountains, and comparatively little systematic trench warfare.

As well as giving the reader a vivid impression of the experience of wartime service in the region, Stuart Hadaway's handbook provides a guide to main sources, archives and websites that researchers can consult to get an insight into their ancestors role and their contribution to the war effort. 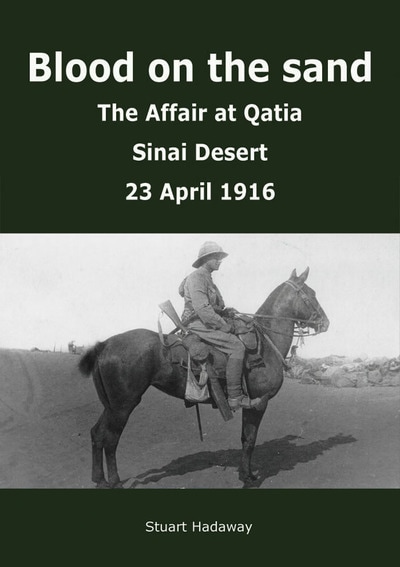 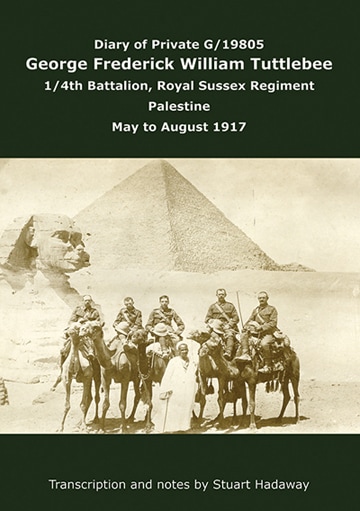 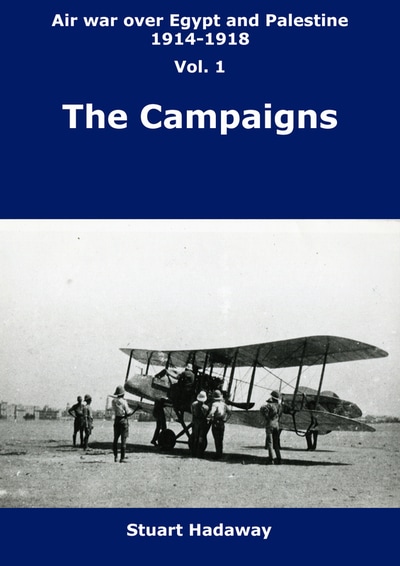 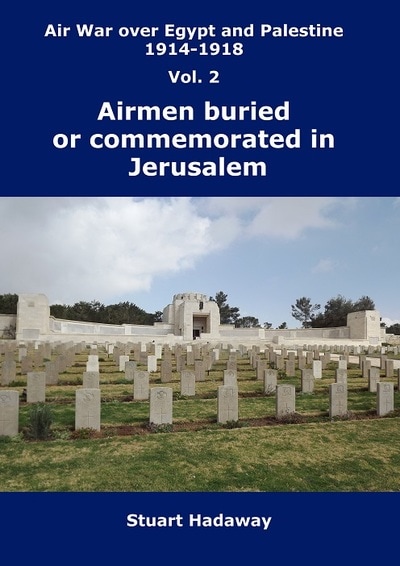 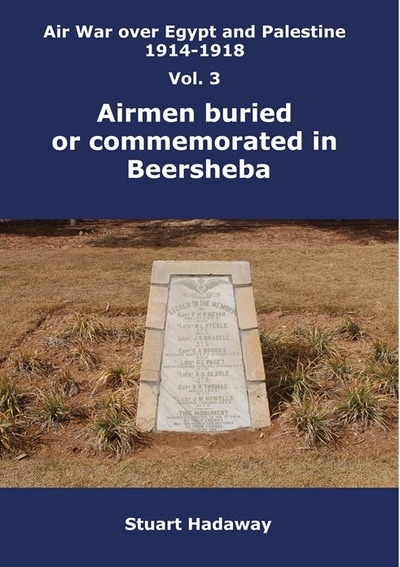